Daniel Deluxe has been in the synthwave scene since 2013 and has since become a staple of the scene. With his dark imagery, hard-hitting basslines and masterful use of synthesizers, he has had multiple hits within wave music. His album, Corruptor, has gone on to be the base of any respected wave music artist’s setlist.

Daniel Deluxe, inspired by retro video games, horror movies and anime, has announced the Loved To Death tour. It’s a massive tour consisting of most of the United States of America and it’s the biggest undertaking he’s ever done.

With a poster featuring horror icon, Nosferatu, be prepared to wear your retro clothes, as you’ll want to spill some blood to attend this. 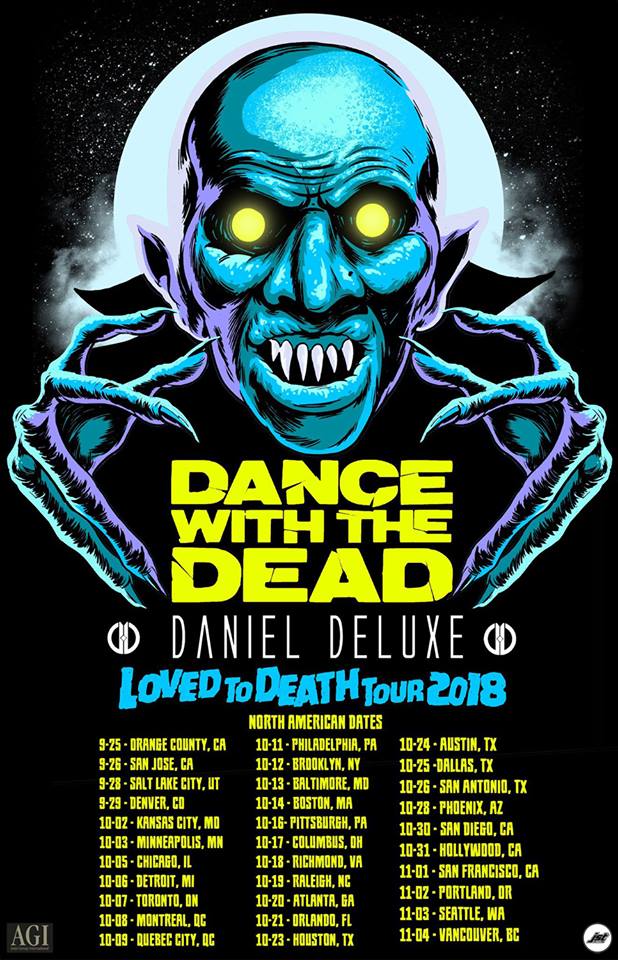 Listen to ‘Territory’ from Daniel Deluxe to get you in the mood: