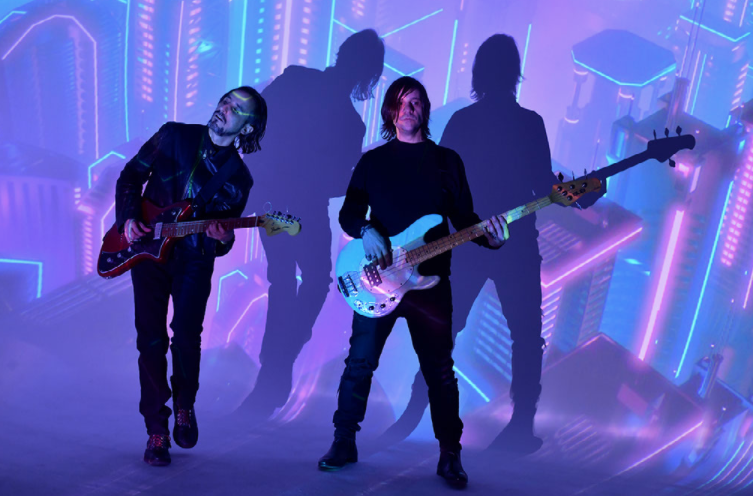 Underway Project consists of musician & guitarist Sebastian González(Columbia) and music producer Ignacio Lecumberri Argentina). ‘Feel’ is their debut song released as a duo, and features the charming vocals of MiaHush. Before forming the Underway Project, Sebastian was a band member of the renowned Colombian band Mauricio and Palo de Agua, and also played with a few other local bands independently. In 2017 Sebastian would relocate to the United States, and form part of numerous bands including Outernational, The Ritualists, Axel Music Box, and Abracadabra Field Trip. He would meet music producer and audio engineer Ignacio in the process.

We find out more about the multi-talented duo in this exclusive.

I clearly remember listening to The Dark Side of the Moon when I was 13, and that was it. Immediately fell in love with Classic Rock. Alongside that, I was listening to classical music, different sorts of Latin American music (because I grew up in Colombia).

During my career, I have been always fascinated with the electronic sounds of music. Listening to bands like Depeche Mode, Kraftwerk, and afterward Chemical Brothers, Daft Punk, Groove Armada, and so on, I started making my own beats. I’m more than anything a guitar player, and my goal was to create something that had the two elements well combined.

I’m using Logic Pro X as my DAW. I use fender guitars with different kinds of processing, Moog synthesizers doubling acoustic bass, and a wide selection of music software and plugins. All the recordings were homemade, finalized, and mixed in Premier Studio in New York City.

Definitely. I started as a guitar player, so my gear was limited to guitars and pedals, that’s it. Since I developed my taste for production, I got synths, a lot of different music software and processors, plug-ins, and everything related to music production.

Outside of music, I’m into film making. I’m very passionate about cinema in general. From classic to modern, from art to commercial.

I obviously want my music to be heard, in a very organic and honest way. Built-in my career and, since I moved to NYC a couple of years ago, performing, writing, and producing music here would be my immediate goal.

One of my favorite artists in the world is Peter Gabriel. I truly love his understanding of the world music, and how can he blend those sounds with electronic and more heavy sounds. I think world music is gonna be the next big step in music.

I’m currently working night and day with Underway Project. More singles are soon to come, both in English and Spanish, with interesting instrumental and vocal feats.