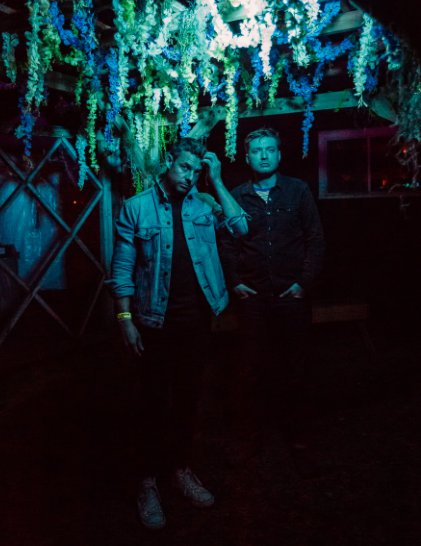 The Midnight share “Dance With Somebody,” the bubbly and irresistible new track from their forthcoming album MONSTERS, out July 10th.

“The record’s about isolation, loneliness, and the adolescent need for connection— how we don’t really realize that we’ve opened ourselves up too much until we get hurt and then we close off.. It’s always that dynamic of being too guarded or being too open and finding the right balance of how we individuate as people”  says The Midnight’s Tyler Lyle about the new track.

The Midnight announced MONSTERS last month with the release of “Deep Blue,” which resulted in a cascade of fan reaction GIFs and over 800,000 Spotify streams to date. The new lyric video for “Deep Blue” (directed by Kidmograph) is a computer kid’s nostalgia trip, back to MS-DOS prompts and vintage computer games. Kidmograph’s notable work includes producing videos such as Kendrick Lamar & The Weeknd’s ‘Pray For Me’, and has created works for the likes of The Strokes and Miley Cyrus.

MONSTERS is The Midnight’s follow-up to 2018’s KIDS, which hit #1 on the Billboard Electronic Albums Chart. MONSTERS sees a continuation of The Midnight’s immersive world-building that has attracted a rabid fanbase. The band showing no signs of slowing down, smashing the total pre-orders of their #1 Billboard Electronic charting ‘Kids’ album campaign within 24 hours, with nearly half of the band’s webstore sales coming from the UK (EU) store and first day pre-orders more than 5x that of ‘Kids’ (2018).

It’s a communal coalition of internet culture obsessives, bedroom producers, cosplayers, teenagers, their parents, and everyone in between that gathers on Reddit boards to remix tracks, discover easter eggs in their mythology-stuffed artwork, and opine about theories and personal connection to the music that has helped drive the LA duo’s unique grassroots success.

With their new album release in sight, the duo look to return to the UK following their November 2019 sold out headline tour with stops at The Roundhouse London and Albert Hall Manchester – The BBC also cemented their success in a recent interview “the group have been creating 80s-sounding pop with all the hallmarks of the decade – including big soundscapes, dreamy vocals, and saxophone solos”

Stay tuned for more from The Midnight. In the meantime, check out this fun teaser for “Dance With Somebody” that features clips from an array of iconic cinematic dancefloor moments: https://bit.ly/3cgJp3Y