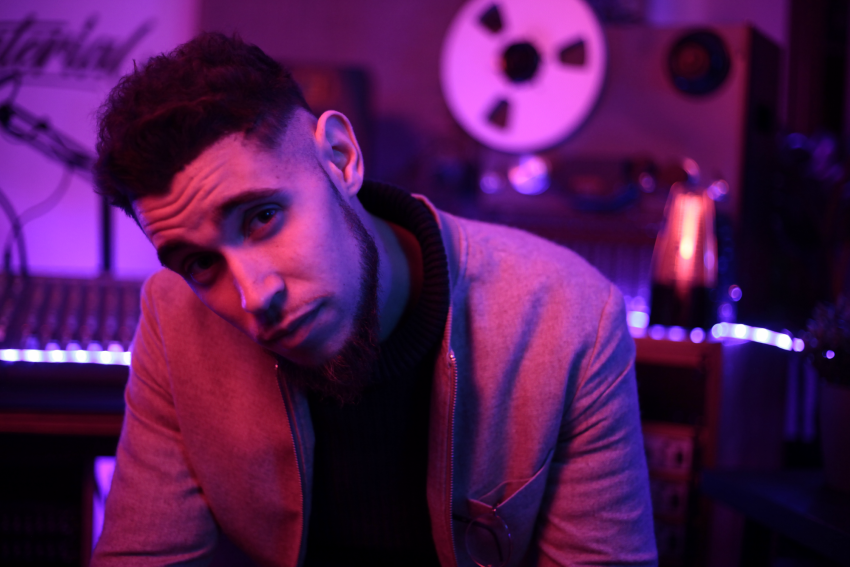 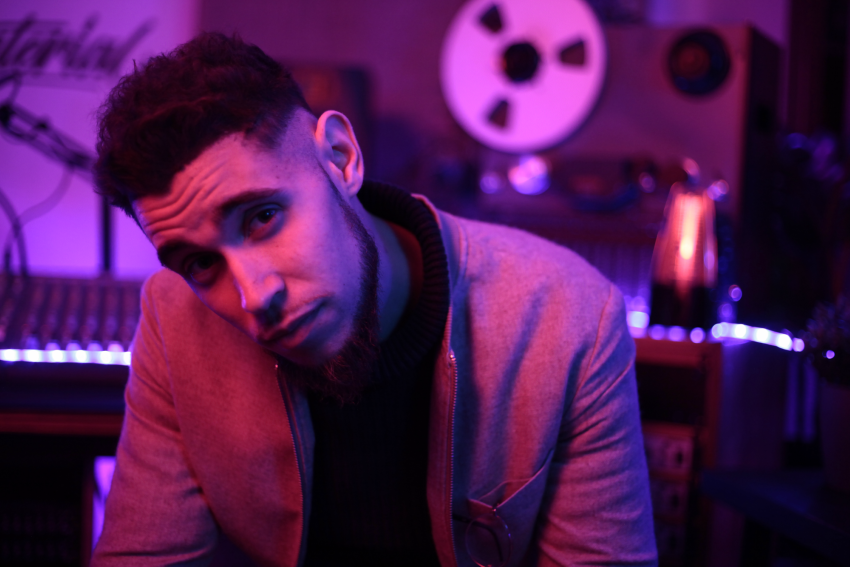 Inspired by the likes of Fleetwood Mac, Tampa Impala & The Weekend. His music is a grounded take on the Synthwave genre, that infuses both ‘Indie’ & ‘Dream’ pop elements. His debut single ‘Reflections’ premiered on BBC Introducing and has received support from a number of acclaimed music critics; Obscure Sound, The Playground & Indie Music Nation.

I grew up in an extremely musical family. Both my Mum & Dad were in bands during the 80s when the Manchester scene was really blowing up. My Mum was a singer and my Dad was a drummer. My Dad’s band ‘The Daze’ were signed and put out an album and my mother was offered a contract abroad but turned it down. Eventually, they stopped pursuing music and got on the career ladder. But they influenced me every which way musically. I was raised on Kate Bush, Genesis, Pink Floyd, a lot of progressive and ambient/alternative sounds. At the same time though, my mum listened to a lot of soul/R&B and that had a huge impact on me musically. As a child in the 90s, I quickly became obsessed and consumed as much hip-hop, soul and R&B as I could. P.M Dawn and Soul2Soul really blew my mind at the time. I think the two very different musical textures really shaped the sound I produce today, As soon as I could get my hands on some production equipment (when I was 16), I quickly tried to produce ambient, soulful music – that had a heavy focus on making you want to move. Which is what hip hop in the 90s did for me.

When Synthwave started to emerge, I quickly gravitated towards it. I’m a huge fan of the genre. I really wanted to ground it, take the elements I loved and make it more accessible. I really feel the energy and emotion behind it needed more attention in the media.

I like to mix warm analogue sounds with digital synths that really cut through the mix. That contrast is really what my music is about. I’m a big lover of Native Instruments Massive, Xefer Record’s Serum for this, as well as using Juno emulators and Arturia products such as Analogue Factory to really give the tracks that authentic 80s feel. I’m heavily reliant on saturation and tape delay as well, to add texture to my mixes. I hate the thought of anyone instrument standing out, I like everything to feel like it is blended together.

Slightly, I moved away from Machine – but I’ve found myself coming back to it. You can make some really great sounds with it.

Films, Books – that showcase people striving to achieve their dreams!

I want to move people emotionally and place them in the driving seats of 84′ drop-top corvettes. I want to give them the feeling of the wind in the hair as they listen to music and forget about all of their worries in life.

I think most things have been done, but I’m a sucker for a good orchestra. I’d say orchestral synth-wave, I think that would be epic!

I’m working on a number of new releases. All in time for Summer. I really want to create music that rain or shine, embodies the vibe and energy of a perfect summers day.

I did it my way (I hear you frank)