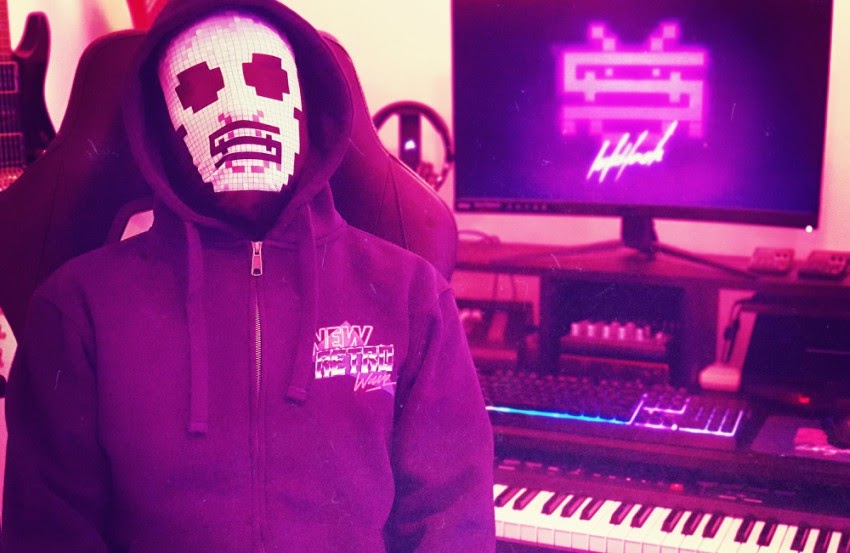 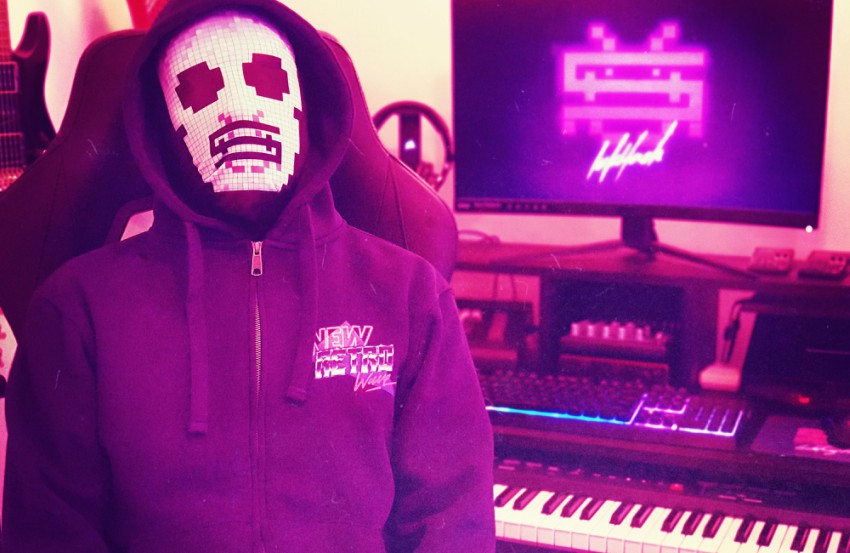 His unique approach to electronic music weaves the hallmark features of several genres together with a nostalgic return to the musical motifs of the ‘80s to create something entirely new.

See our exclusive interview with him below:

My entrance into the world of music began with the piano in elementary school at the age of four. At the age of six, I started professional music education at Public School of Music in Wroclaw, Poland and it carried on until the age of 19. I’ve started my solo project ‘LukHash’ shortly after.

‘LukHash’ was initially just a side project to the various rock and metal bands I was part of as a teenager. At that time, it was a purely heavy rock type of music, however as the years passed, I started adding electronics. Around 2005 I decided to buy a Commodore 64 computer, the same as one I owned as a kid. I always loved its sound chip so thought it may be worth trying to incorporate the sounds I grew up with into my songs. Shortly after I also started experimenting with Nintendo Gameboy in search of creating something entirely new. Various pieces of 8-bit technology were certainly my biggest inspiration. As the years passed my musical taste moved towards the purely electronic sound. A more recent lean towards synthwave was sort of a natural progression. I always try to balance on the spectrum of a few different genres as I enjoy that the most.

I started my journey with an old school Cool Edit Pro and then moved onto FL Studio in its early days. I still use FL Studio today along with its plugins. I also own a number of VSTs as well as some original 80s computers modified into musical instruments. I guess what defines my music more than anything is heavy usage of video game-related sounds, especially the ones of C64.

Definitely! I started this project purely with electric guitar and drum samples. My gear changed a lot since, including new VSTs. I learn music production as I go along and try many different things to come up with something new and interesting for each album. This also means I find new software or hardware as a bi-product of my research.

A lot of influences come from various artists of the 80s computer game music, but looking at the artists outside that scene my biggest inspiration has always been Muse, Korn, Queen, No Doubt.

I have many albums I always like coming back to and which in some ways influenced my sound, but one thing in common is these generally sit outside the type of music I create. The ones I really dig from the synth scene are albums produced by Carpenter Brut.

My fellow polish producer Konrad Celiński. I discovered him some time ago when compiling my Spotify synth playlists and was stunned to see only 5 followers on his account at that time. He produces some top quality stuff and I think he’s one of the most underrated artists in the retrowave scene.

Life events and emotions. Right from the beginning of this project. Over the last few years, inspiration became even stronger as I was going through a loss of someone very close and special. Since then the focus and energy I put into music production are even more powerful. This is what currently keeps me going and provides me with a true sense of accomplishment.

Music-making provides me with a peaceful break from everyday challenges. I would like to keep enjoying it because at the end of the day this is what it’s all about. In addition, if I can make an impact on at least one other person’s life, then it makes it even more rewarding. I would also like to continuously experiment by mixing different genres and styles.

What, in your opinion, would be the perfect genre fusion?

Classical orchestra music fused with synth, video game music influences and perhaps all the above combined with a bit of funk 🙂

My latest album has just been released. Nothing in the pipeline at the moment and my full focus is on a family. I’m probably going to be making music in some shape or form soon because it keeps me sharp.