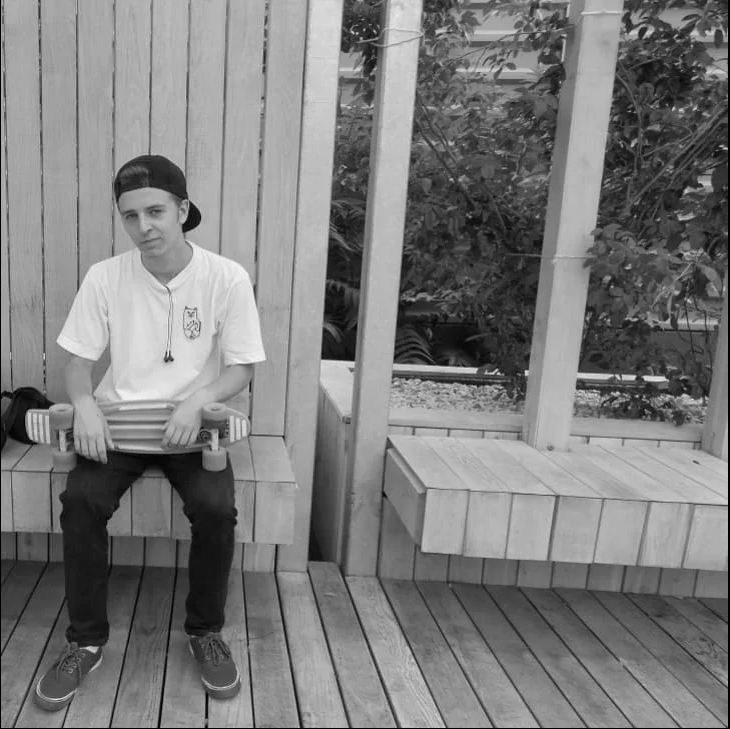 Nikita Zabroskov likes old music and dark atmosphere in music. One of his music discoveries in life was the music of The Prodigy and he still listens to them and inspired by them. Nikita had solder the musical instruments himself and had designed covers and logos.

Earlier, I wrote the music no different from the other ordinary performers of the garage scene, not very high quality. It wasn’t until the beginning of 2019 then I began to quietly grow and discover the sound of which I dreamt.

I write music in Fl Studio 12.05,  I also have not expensive but good quality headphones “Phillips SHP2500”, Mixer Freeboss Pro-fx8 (For recordings microphones and my synths), Synth Korg Monologue, Sampler Yamaha-su200, Rack effects processor Proel Zetaverb, Children Synth Casio (I only use his with my effects processor).

Yes, I’m starting to write music on a very small and slow laptop (he made me very nervous), but in 2018 I start to build a computer and now all is okay.

I have collabs with my friends, but now I want to make music in style jungle-90s, and to write his first album in the style of jungle.

Neon lights on the street at night, walking with my current girlfriend, sounds of real-world, black & white atmosphere photo.

Now I want to achieve the eldest of sounding rave culture 90s in their tracks, start doing real jungle music 90s, revive all of this and show current youth what such realistically is good music.

I have no special plans, just one goal. Achieve a steep and the right jungle 90s.