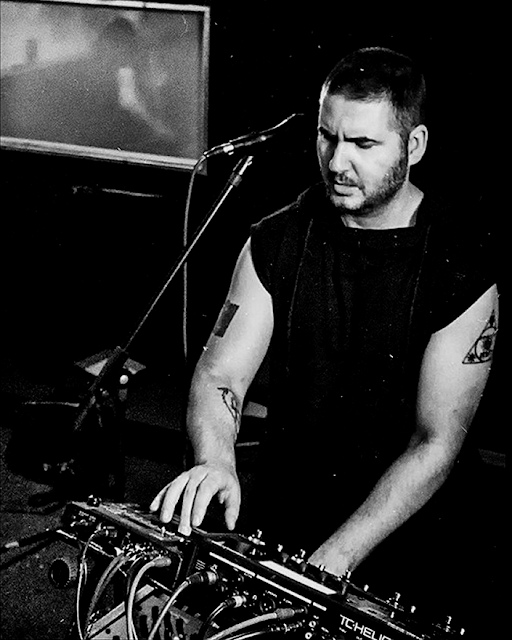 An interview with the dark Monomorte on his song ‘Heart’

Monomorte is the moniker of UK electronic music producer Danny Ryder, who has been forging a distinctive ritualistic and atmospheric sound rooted in witch-house with strong darkwave, post-industrial and trip-hop influences bleeding through.

His track ‘Heart’ was premiered by The Playground on the 5th of June. It is a mellow offering inspired by the atmosphere of David Lynch’s Twin Peaks with a post-witch house flavour.

Get to know the artist through the interview below and be sure to follow the links at the end to hear more of Monomorte’s music.

Hello there, how are you and what are you up to today?

How long have you been producing? What inspired you to start?

On and off for about 25+ years, it was mostly watching music videos of Gary Numan, Jean-Michel Jarre & 90s dance bands that inspired me to start making music, back on the Commodore Amiga, but I also played the piano (badly) as a child anyway. So it’s in the blood, I guess.

Are there any key pieces of equipment that you are using to define your sound?

I like to keep a minimalist setup, so 90% of my sounds come from the Kurzweil PC3K, hands down the best synth I’ve owned, although it’s just been joined by the new Waldorf Quantum, which is great for mangling samples. I also use ‘Maschine’ for drums and that’s literally everything. No soft synths, no analogs, no hassle…

What do you keep close by while you’re working?

The studio essentials, various manuals and a coffee machine…

Outside of the world of music, where do you draw inspiration from and how does it filter into your sound?

I’m inspired by the classic horror movies and the occult, mix it up with a little discordia then see where it takes me. the most inspiring things for me are usually just weird sounds and then I just build everything around it as I go along. Happy accidents!

Which artists have had the greatest impact on your creative outlook?

I think Thom Yorke is amazing, always fearless in everything he puts out. Also, the KLF deserve a mention because they created a whole mythos around the music they made…

Could you mention some overlooked artists that we should all be keeping an eye out
For?

So many to choose, but for starters – George Clanton, SØLVE, Moris Blak and we have a ghost.

Do you have any information regarding upcoming releases, projects or gigs in the
pipeline that you would like to tell us about?

I have some collaborations and remixes in progress, plus another new heavier project I’m working on but nothing I can reveal…yet!

Image credit:  Garry Jones Jasper Tygner brings in a euphoric New Year with a new single ‘Need You’, the second, ...