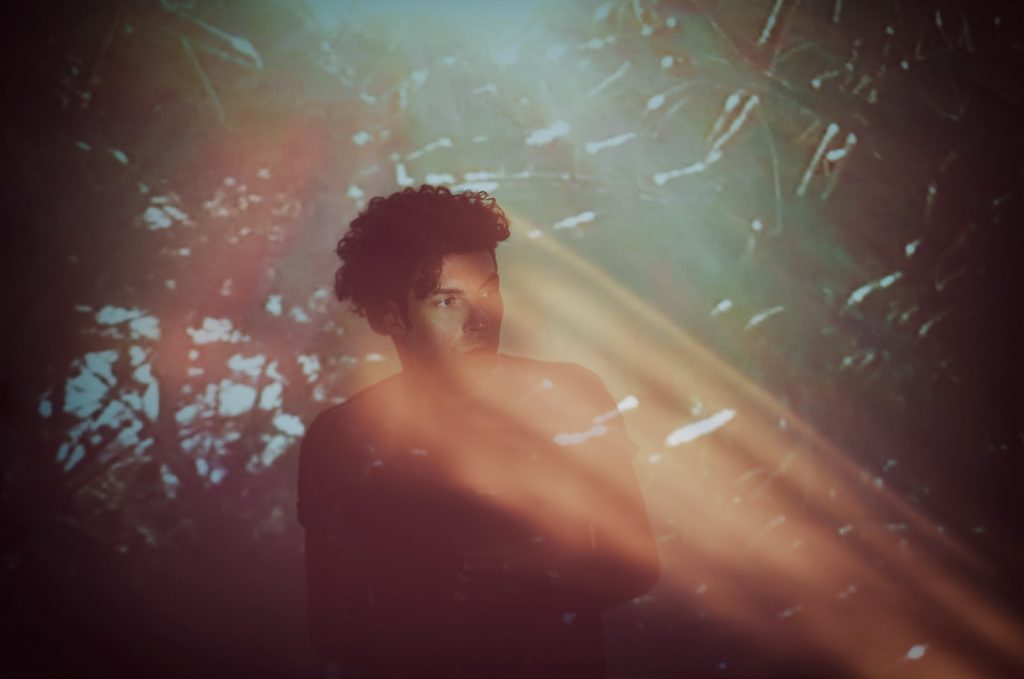 ‘Ocean’, the debut single from Italian electro-pop producer, Soul Island, officially has a music video now as shared by the up and coming artist. The video is a glitchy visualisation that carries the viewer from cyber-landscapes to matrix-like visuals of Soul Island’s lyrics portrayed over computer-generated images.

Born and raised in Lecce, the south of Italy, Daniele grew up widely immersed in the local DIY punk and hardcore scenes, before eventually picking up a guitar and taking on vocal duties for a few underground acts, namely his band Room 104, who in 2000, released a 7 inch split collaboration vinyl with another local band, Suburban Noise titled “El sonido de la ciento y cuatro” which propelled them into the now mainstream emo culture.

After moving to Bologna for study purposes, Daniele would soon form the trio Thousands Millions, merging his ‘90s music background with the rediscovery of power-pop acts from the ‘70s onwards. Along with the ‘60s inspired beat flavour brought on by drummer Federico Vaglio and bass player Massimiliano Giannuzzi (with whom he also formed the duo Kulledge), the band’s sound carries a peculiar electronic and alternative footprint inherited by Daniele’s initial experimentations. Thousands Millions went on to release a demo EP and two records for Wynona Records and Tannen Records respectively, after a slow dissolution with Daniele moving to London in 2010 to collaborate and tour with a number of projects and bands. While in London, Daniele worked with Echopark on their 2013 album ‘Trees’, and folk band Girl With The Gun on ‘Ages’ 2014, among others. In 2015, the track ‘Mother’ was released by Bad Panda and the project Soul Island officially started.

The track is a catchy synth-wave influenced track reminiscent of sounds from the 80s and swooping chords. A pulsating beat drives the track throughout as the listener can’t help but be entrenched by this beautifully layered piece of production. While the track may not be true wave, I do like to believe that in the event that wave travels into the mainstream, that it would start creeping into tracks the same way ‘Ocean’ does. We’re pretty excited to see what the future holds for Soul Island, as this is a very strong start!

On August 19th 2021, the feminist collective SØNTH took over Brorsons Church with synthesizers and visuals during the Sorte Firkant ...

Synth-obsessed producer Sweeep announces album wake up before u die