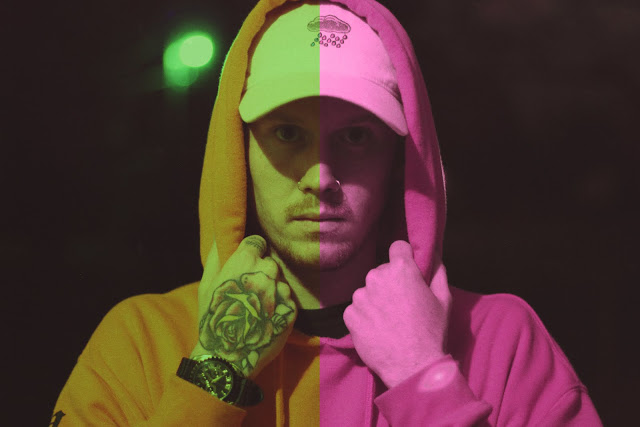 Ian Oliver, aka Barnacle Boi, is an American record producer, DJ, vocalist, and visual artist based on the East Coast. Barnacle Boi developed his production style during his few years living in Denver, Colorado and has stuck with it ever since. He is known for his original work, as well as his production for artists such as Bones (TeamSESH), Holly Stell, Madi Larson, and more. He has received support and recognition from Alice Glass (former frontwoman of  the well-known electronic duo “Crystal Castles“), Finn Wolfhard of the Netflix series “Stranger Things”, and various other musicians/celebrities. Many of Barnacle Boi‘s releases have included remixes of early 90’s/2000’s classic hits such as “All The Things She Said” by tAtU, “Youth of the Nation” by POD, “Crawling” by Linkin Park, “I Miss You” by Blink 182, and more. His style is best described as emotional, yet bass-heavy, nostalgic/atmospheric trap music.

The American artists releases tunes on a regular basis. The minute we found ‘Run Away‘, we contacted Barnacle Boi to ask him a few questions. Enjoy our interview with him.

To those not familiar with you, how would you describe your sound?
I would probably describe my music best as emotional, bass-heavy, atmospheric/nostalgic trap

Which three albums have influenced you the most creatively?
I’d have to say the Crystal Castles debut album, lil peep’s “crybaby” album, and Lorn’s “The Maze to Nowhere, Part 2” have inspired me the most.

Take us through your songwriting process. Are there any particular steps you take when putting music together?
Honestly, I get inspiration at random times. However, I’m up at around 6am basically every day devoting myself to producing music until the evening unless I have other plans. As far as the construction process goes, I like to either start with a bass melody or drums/percussion. From there I build synths, pads, atmospheres, and the rest depends on my workflow with the project.

Studio work and music creation or performing and interacting with a live audience, which do you prefer?
I love both. My heart is with the creative process but there isn’t a more comfortable feeling than being on stage performing for a large audience. There’s no way I could choose one over the other, haha.

And which performance would you prefer to forget?
There was this regional festival that I used to play back around 2011 or so and it was very disorganized, found out I was getting ripped off on my pay, and my music “had to get turned down” halfway through my set because “the police came and told the soundguy to”. Definitely wouldn’t want to relive that ever again, ha.

If you could collaborate with, or perform alongside any artist, who would it be? And why?
If I could collaborate with any artist right now, it would probably be Clams Casino. I say this because we have a very similar feel to our music, but we also have our uniqueness. I’ve looked up to him for a while now and many people think my style resembles his in a way.

Tell us about any upcoming shows or releases you have in the pipeline.
I’m working on my debut album “Introspect” right now and plan on releasing it later this year. I have some unannounced shows in the works but until then I’m locking myself in the studio.

Thanks! Love you too for taking your time to conduct this interview with us. All the best for your upcoming shows & releases. We hope to hear from you again!

For more tunes & information, make sure you visit and follow Barnacle Boi

Image credit: Wavewulf New Jersey-based music producer Wavewulf, has released one of his most personal albums to date titled The ...