5 Minutes with… Sons of Bill 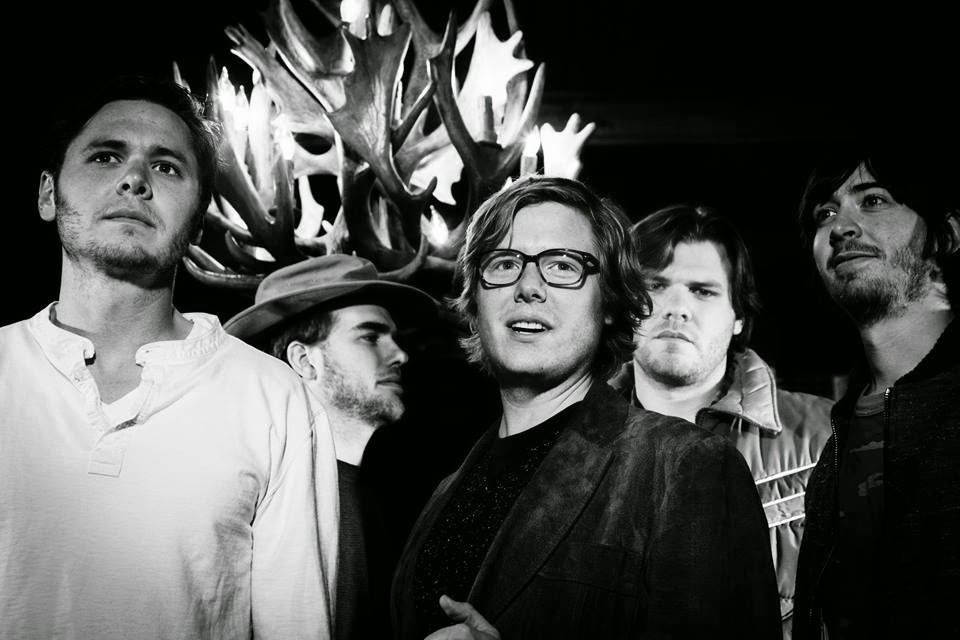 Sons of Bill are a five-piece rock and Americana band from Charlottesvile, Virginia and consists of brothers Sam, Abe and James Wilson, along with bassist Seth Green and drummer Todd Wellons. Their timeless roots-rock music has received critical acclaim from Rolling Stone, The Guardian and Classic Rock Magazine, to name but a few. Uplifting three-part harmonies, introspective lyrics and an ample dose of rock and roll are at the core of Sons of Bill’s sound, but this band does not confine themselves to any one formula, varying between sounding like R.E.M in some songs and like a “countrified Pink Floyd” (in the words of in American Songwriter) in others.

I had the pleasure of chatting to James Wilson about the band’s music and what it is like to be in a band with your siblings, amongst other things.

Hi there, how are you and what are you up to today?

(James Wilson, guitar/vocals) I’m doing well. Just sitting in my hotel room in Birmingham across from the O2 where D’angelo is playing. Lots of D’angelo fans are about. Great people watching.

To those not familiar with you, how would you describe your sound?

I know it’s a rock and roll cliche to not be able to describe your sound, but it really does vary depending on the album and who is writing. We definitely have our roots in traditional songwriting, but there are big rock and pop moments on our records as well. If you can appreciate both John Prine and Tears for Fears but are ok with slightly louder guitars than both of those, than you might like our band.

What are the 5 albums and artists that have influenced you the most?

My two brothers do the lions share of the writing, and they would have totally different answers from me– but as for myself, 5 artists that had a profound impact on me were The Replacements, Townes Van Zandt, Peter Gabriel, Iron Maiden, and REM.

What other artists and bands do you really like at the moment and why?

So many folks are championing the latest War On Drugs record, and I don’t want to just jump on the bandwagon, but it really is a beautiful album, and one that I can return to listen to time and time again. In the pro-tools age, you don’t often find such attention to detail when it comes to sound and production– but its not just beautiful, but really has an emotional impact as well– like i know exactly what he’s talking about even though I can’t understand a word he’s saying. I’m excited for the next Dawes record as well. Just honest, imageless, earnest beautiful writing. Just melodies and words served up in an unpretentious way. Its a refreshing thing to hear in todays world where you’re liable to see a bands instagram feed before you hear their records. With all of the emphasis on being “interesting” its just nice to sit back and remember the emotional impact of timeless writing as well. The last several Decemberists records are in the Van as well.

Where do you usually gather songwriting inspiration? What is your usual songwriting process?

I know that its different for each brother. Sam with his classical background, has such an ear for melody– One that I”m very jealous of. I know that Abe has told me he focuses on the way words sound– the love of language comes first, and then you often find the meaning takes care of itself. I’m an idea guy, and this is both a strength and weakness as a writer. I usually need a question that I’m really wrestling with upstairs, before I give up and turn to my guitar. Its nice to have multiple writers in the band, because I know we all approach writing so differently and it makes for a more interesting and deep listen on a record.

What is it like to be in a band with your brothers? Do you feel that your family connection has an impact on your music?

It certainly does. I think it mostly comes from the deep level of trust and understanding, both in terms of the daily routine and hardships of being in a band, but also the trust that you need both in writing and the performance of music. There needs to be that level of relying on each other in a subconscious way– I think there can be that chemistry apart from family, but it certainly helps to share some genetics and childhood memories.

You’re performing at the Hoxton Bar and Kitchen in London tonight – are you excited for the show? What can we expect from your live performance?

We’re always excited to be back in Europe, and the UK especially. There is a level of critical listening in the UK, that’s inspiring as a performer. Its not just the hard-to-impress edge that’s intimidating about a city like NYC or LA. But rather it seems like just a culture of taking music seriously. It makes you bring your A-game in the best way.

What’s the best gig you have ever done and why?

Hmm. I’m not really sure. The one I’m playing tomorrow. Why else would you keep going?

If you weren’t musicians, what would you be?

I hate hypothetical questions! I don’t know. There have been moments in a my life where I’ve wanted to be a farmer, soldier, priest, professor? Not sure. there is still time. Abe would probably go back to his quiet life as an architect. I can’t imagine Sam not playing music.

If you could collaborate with any artist, dead or alive, who would that be?

That’s a very different question than “who is your favorite artist.” I think I would be too intimidated to collaborate with my favorite artists. I’d probably just fuck it all up. Maybe Emmy Lou or Stevie Nicks? Do I just wish I was Gram Parsons or Tom Petty? Did I mention I hate hypothetical questions? Motley Crue looked like they had some good times, and I think I could hang musically. Motley Crue. Final answer.

Check out Sons of Bill’s track “Bad Dancer” from their latest album Love and Logic which is out now.

Find the band on social media: